The stories contained within this section relate to some of the experiences I had during my short time at sea employed as a Radio Officer (R/O) in the early to mid 1960's.

This time period was considered by many as the Golden age for Radio Officers in the British Merchant Navy. From 1970's onwards the numbers of Radio Officers in the British Merchant Navy declined through a combination of fewer ships and changing International Radio Regulations relating to Safety of Life at Sea. These factors together with lack of investment by British shipping companies in containerisation, falling freight rates and of course changes in technology, particularly the development of Satellite communications led to fewer job opportunities. Before the year 2000 there was no longer any regulatory requirement for ships to carry Radio Officers so the Sun finally set on a career that had provided a wonderful job opportunity for young men and women with a taste for travel and adventure.

Some, but not all of the stories reflect my interest in the technicalities of the job of R/O but I hope that any reader who is not interested in the radio nuts and bolts of the job will still find something to interest them and hopefully obtain a flavour of life at sea for a R/O in the British Merchant Navy all those years ago.

The picture below was taken on the Boat Deck of the Steam Ship (SS) Manaar in the Indian Ocean during the early part of 1966. As you can see the image has suffered badly from an attack of mould which the best endeavours of my photo correction software cannot remedy entirely. 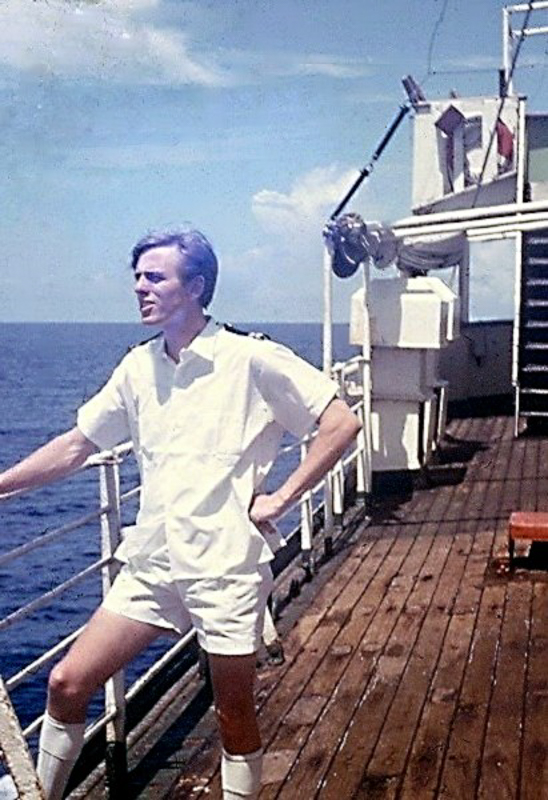 Clicking on the title under the Ship's Name or Other Stories headings below will take you to that specific story.